After the recent transfer of Lewandowski to FC Barcelona, there had been a lot of buzz about Lewandowski coming to Dream League Soccer 2023. Well, as we know, the FTG (the developers of Dream League Soccer) have licenses from FiFPro to use the original player names in the game. At the same time, DWL is different in organizing and managing the image rights of players playing in the Bundesliga and other German Leagues. 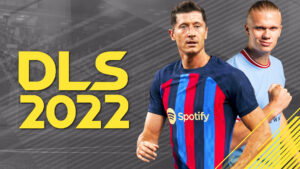 It is very much expected that Lewandowski will appear in Dream League Soccer 2023 (DLS 23) as FTG has a long-term agreement with FiFPro to use the original player names and similar faces in their games.

Since Barcelona plays in La Liga, which is administered under FiFPro, contrary to Bayern Munich, whose image rights are controlled by DWL.

What about the other players?

In addition, we may not see Sadio Mane in DLS 23 as the player recently moved to Bayern Munich from Liverpool FC, where he used to play in Premier League.

3 thoughts on “Will there be Lewandowski in DLS 23?”