FIFA 22 Mobile is just around the corner and it will be released shortly on Playstore and Appstore. In this blog, I share with you every detail we have regarding the Release Date of FIFA Mobile 22. You can also download the latest FIFA Mobile 22 Beta with English commentary and updated graphics with various new added-in gameplay features. EA Sports is back with a ton of new features as this year’s update is a very special update of the game as compared to the previous versions.

EA Sports recently tweeted about the game’s release date. Here is the Official Tweet attached to this post. 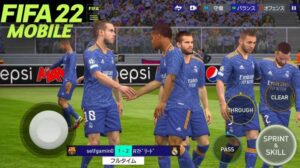 So FIFA 22 Mobile will release on 18th January 2022 on Playstore and Appstore globally. They release the beta version in December which closed on the 2nd week of the month.

The new season of #FIFAMobile officially launches on January 18th! 🔥

There is a lot of buzz for this new season as there are so many new features being introduced in the game.

The game supports 11v11 matches against your opponent on online mode and other events to help you earn coins and points so that you can sign Elite players for your ultimate team. FIFA Mobile has been the competition of Dream League Soccer, PES, COF, Vive le Football, Football Manager, etc.

You can check the FIFA 22 Mobile Beta Gameplay on Android.

The review of the game is very positive. The best thing people enjoyed was the Commentaries Languages and very detailed field sound effects.

“Fifa is improving a lot 💕”

FIFA 22 works online and requires an internet connection. This beta version is just a small segment of what the upcoming update is all about. With various features exciting gameplay and more authentic and real graphics near to the real world.

Check Out: Champion of the fields 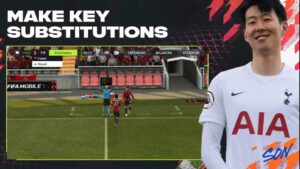